I’ve been having a rest from the blog for the last few months but the topic above will feature once I get replies to questions I have asked. Meanwhile, Cllr Julie McKenzie from the Oban North ward has asked some searching questions of a senior council officer by the name of Pippa Milne. Pippa was one of the four who signed the big complaint against me. I think that probably says a lot about her, so no need to say more.

Julie has asked the questions of Pippa in an open letter, shown below. I have suggested that while Julie’s questions are good ones, she is perhaps asking the wrong person. Pippa was given weighty evidence that the council’s shore based harbour staff are wearing flotation jackets that are inadequate and expose those staff to danger. Both she and Cleland Sneddon, the chief executive,  have had seen this evidence but have done nothing about it. That’s why Julie’s questions are unlikely to be replied to in a satisfactory manner.

The evidence I sent them can be read at this link. ppe for harbour staff Read this please and then ask yourself why they ignored this for the best part of 3 years. The members of the council’s harbour board have seen this too yet nothing has changed.

It is my view that the council’s harbour staff are exposed to significant and wholly unnecessary risk.

This is Julie McKenzie’s open letter: 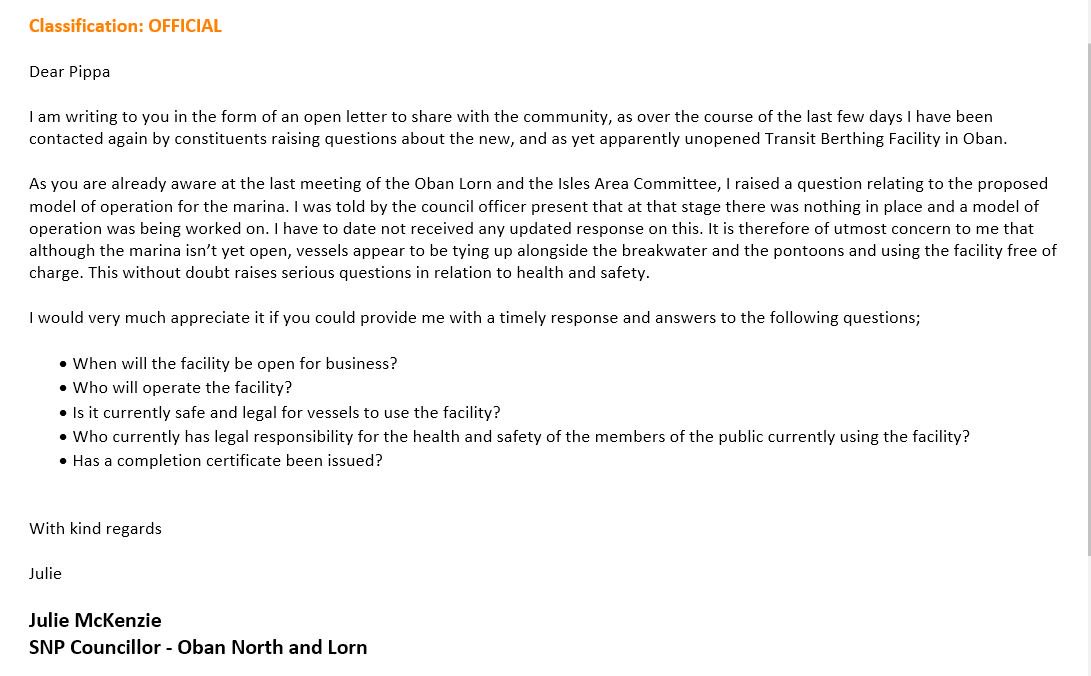