I have witnessed lots of poor behaviour at council meetings but Thursday past topped the lot. Item 15 on the agenda was the report from the Standards Commissioners about the complaint made against me by the senior officers, Sneddon, Loudon (now CEO with Cosla), Hendry and Milne.

I had asked Mr Sneddon to have some input to any covering paper to the Standards report due to the biased manner in which the council, and Cosla, focussed solely on the 1 finding against me, ignoring the 14 findings in my favour. He didn’t agree to this but there was no covering paper on Thursday. Instead, Mr Sneddon read out a fairly lengthy prepared statement with which I may well have issues. However, I can’t comment because I have yet to receive a copy of that statement. I wrote to him yesterday asking if I could see it, for comment, prior to it going out. We’ll see if he agrees to this.

Anyway, when I did get a chance to speak after Mr Sneddon’s statement, I departed almost completely from what I had intended to say. I made little reference to the background and context to the complaint in order to see if a softer approach might get the more decent members of the administration to sit on their hands and not vote on the motion submitted by Cllr Mulvaney. The motion and the SNP amendment are at the link below. In the event, there was no decency shown and the administation voted as a block, as they always do.

There’s no point in giving you a blow by blow account of what was said but you’ll get a flavour of the vitriolic mince from what one councillor said. He said that in me saying the case was a victory, he suggested that if someone was tried for 4 murders and found not guilty of 3 of these, that person was still a murderer. Indeed, indeed.

The National has a good piece on what happened in today’s edition which you can read at this link:

The successful motion from Mulvany and the defeated amendment from the SNP Group are at this link: motion-and-amendment

My last point today is to make it clear that this was a major victory for democracy but the councillors in the administration of Argyll & Bute clearly don’t see it that way, the poor souls. Here is the advert I placed in the Dunoon Observer this week which won’t make me popular with some of these folks. 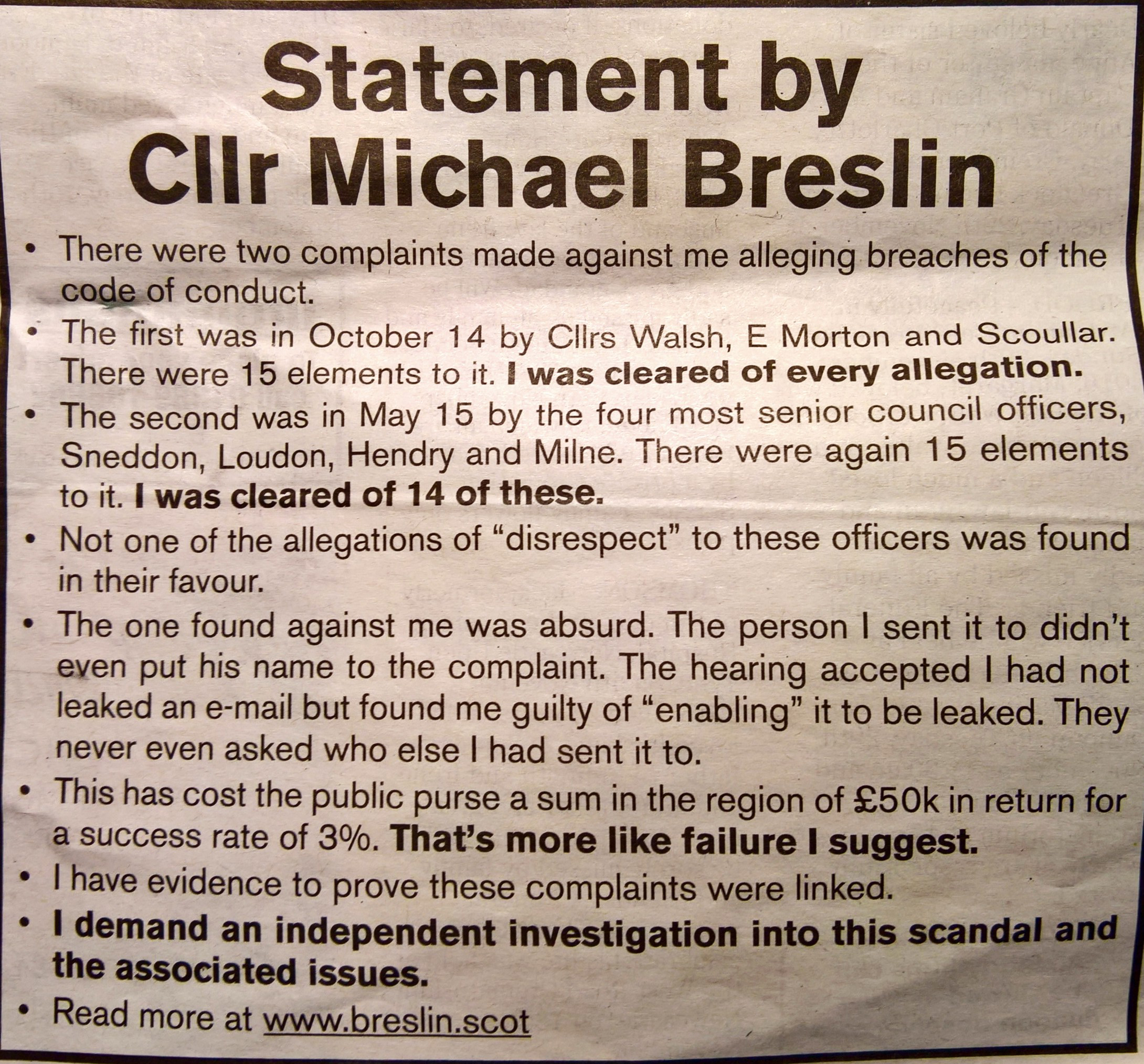