My wife Phil and I went on one of the guided walks last night which our local historian Margaret Hubbard organises. Margaret is a professional tour guide but she does these walks for no fee with the modest £5 per head going to Innellan Village Hall’s funds. 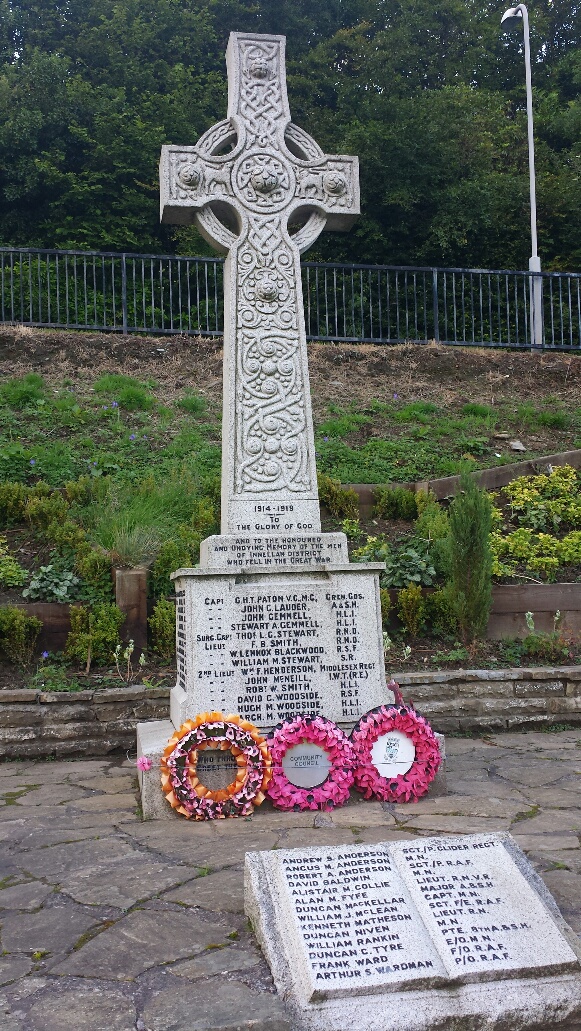 Last night we met at the war memorial in Innellan to hear Margaret’s summary of why the First World Ward started and to tell us something of the names of the people on the war memorial. She focussed on a number of these then we walked south along the shore road, up Wyndham Road, along the high road then down past the Royal Bar back to the war memorial. We stopped several times along the route to see where some of the people killed lived, the effects on their families and the pretty devastating effects on the local community at the time. Margaret spoke of the children who played together at the opening of Innellan Village Hall in 1902 then of their deaths in various parts of the world that was torn apart by war.

Margaret spoke of the letters and telegraphs coming to the Post Office in Innellan telling local people their children and spouses had died. Initially the children used to take these from the Port Office to the homes but when the effects of these became clear, the Minister used to take them instead. 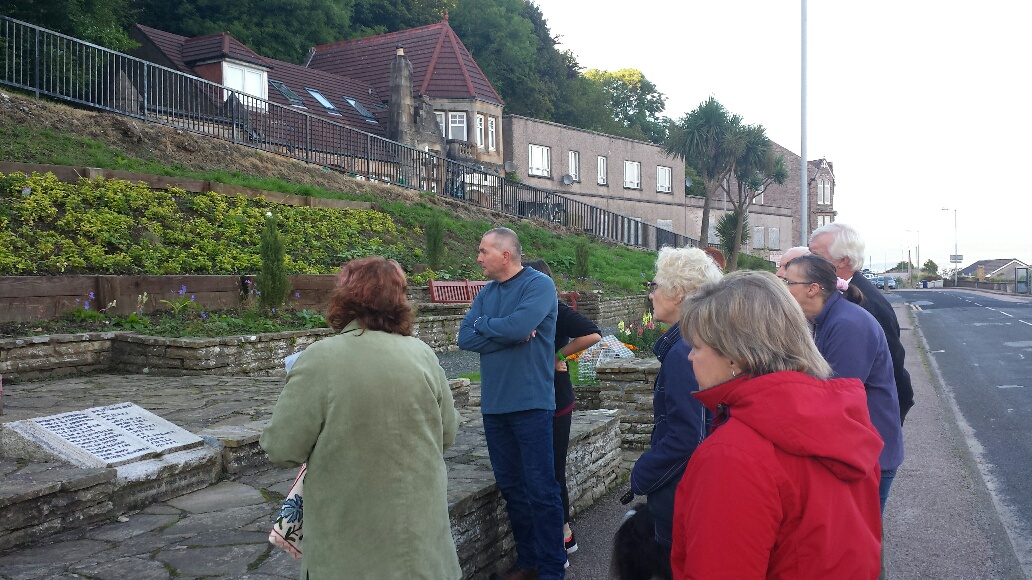 The 2 hours we spent was just terrific and much of this was down to Margaret and her thorough research on the topic, some done locally and other parts carried out in a number of war grave sites including one in Namibia. The only downside to the evening were the midges of course. For me the talk was summed up by the attitudes of bereaved parents. Harry Lauder’s son John is named on the memorial above and he was killed, possibly by his own men who hated him and his manner. But who knows. His father, Harry, encouraged people to join the war effort in order to avenge the death of his son. This encouragement was a key feature of his performances for the duration of the war.

In contrast, Rudyard Kipling’s son was also killed and Kipling took a completely different tack afterwards. He became very anti war and said so on many occasions. Margaret Hubbard reminded us of what Kipling said should have been on the tombstones:

If any ask why we died, tell them that our fathers lied.

I hope Margaret Hubbard does more of these walks next year. If you get a chance, don’t miss them.