There are still people around who think that land reform is a topic for lefties whose only interest is having a go at those with land out of jealousy. This is far from the case. Land reform is about bringing Scotland into the 21st century and it’s about realising the embedded value in land by spreading ownership to as many people as possible. First and foremost land reform is about economic development for the benefit of this country and its people.

Scotland has one of the most concentrated patterns of land ownership in the world. Not only that, it’s very hard to ascertain who actually owns a lot of the land, with companies in tax havens owning large chunks with the real owners hidden behind these companies.

There is a good summary of the current proposals on the BBC website at this link: http://www.bbc.co.uk/news/uk-scotland-scotland-politics-33226303

The legislation will be put before the Scottish Parliament after the summer recess and there will be many who take the view it doesn’t go far enough and others who think it goes far too far. There will be pressure on all MSPs from both sides of the debate, that is certain, and especially from those who think their interests are endangered.

Let’s remember that the appalling manner in which the Castle Toward buyout was handled by the council demonstrates that it’s not just private landowners who don’t operate in the best interests of the local community. My view is that we badly need pretty radical land reform if we’re to see improvements for the benefit of Scotland and I don’t think the current proposals are radical enough but they are a start.

It’s well worth reading Andy Wightman’s books on the Scottish land issue. I have just finished reading The Poor Had No Lawyers: Who Owns Scotland and can commend it to you. Have a look at his website at: http://www.andywightman.com/

I am a member of Community Land Scotland and their web site has a lot of useful information at : http://www.communitylandscotland.org.uk/

The Forward organisation in Dunoon has asked Andy Wightman to speak here. This will be on Tuesday 8 September at 1930 in The Braes, Dunoon. This is a free event so come along and hear Andy’s views. Download the poster at the link below and spread the word please.  Who Owns Scotland

The supporters of Castle Toward will be taking part in a campaign which will run while the land reform bill goes through parliament. There is more information on this at this link: Our Land Info Pack w cover 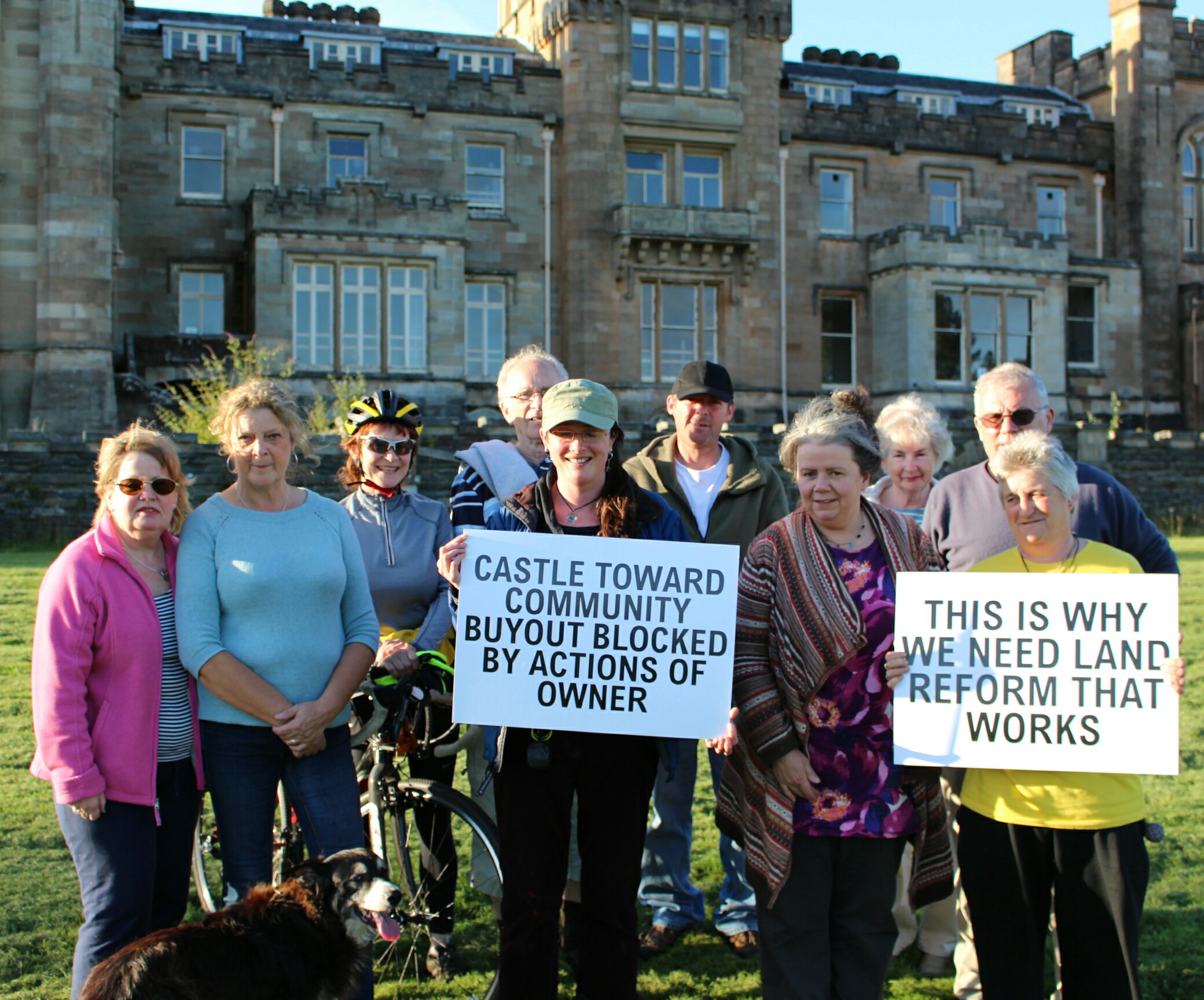