I am enormously grateful to all the people who have expressed their support over the last several days. I have had numerous emails, calls and people speaking to me in the street saying I have their backing.

If the commissioner for ethical standards does decide to investigate this complaint, then I will not be able to say anything more about it but right now I can still comment.

The first thing to say is that while this complaint (read here and here) has been lodged by officers of the council, it is  inconceivable that it was made without the OK of Cllr Walsh. Nothing of note happens in the council without his say so. I suspect that he instigated this complaint but, as a minimum, he gave it his blessing. He wants to shut me up, it’s as simple as that.

I have no doubt, though, that I am an irritation to some officers in the council but I only become that irritation when I think things are not right and in all cases much effort has gone into trying to resolve matters internally before anything gets into the public domain. The sad fact is, though, that getting any change is pretty close to being impossible. I think it’s right that councillors should be able to point out wrong doing; to be able to represent their communities and to try and make everyone in the council accountable, me included.

I need to make some brief comments on the 3 issues Mrs Loudon has raised in her letter to me:

I have been very vocal about what has been going on in Rothesay Harbour, as I have a right to, because I am one of the members of the harbour board. Cllrs Strong, Robert McIntyre, Gordon Blair and Bruce Marshall have all been vocal too because there appears to have been a vendetta against the owner of a commercial vessel that is now back in the harbour. However, it was kept out of the harbour for several years and had to berth in Ardrossan. There was a huge financial loss to the community in Bute not to mention inconvenience to the owner of the vessel. I have not put any of this in my blog for good reason and all of my efforts, and those of other councillors, have been internal to the council.

The saga of the sale of Castle Toward has been reflected here because there was such overwhelming support for this buy out the issues needed to be in the public domain. In any event, anything I have said has either already been in the public domain or could be put there by a freedom of information request. Anything officers did would have been in line with a political steer from you know who. Read the story of the failed buy out here.

The 3rd point in the complaint relates to the pay and conditions of the care workers who are employed by some contractors working for the council delivering care at home to the elderly. Cllr Blair and I have spent a lot of time on this and we are satisfied that what the care workers have told us  is true and that many of these staff are on rates of pay that appear to be well below the minimum wage. Nothing we have done within the council has had any effect and we remain of the view that this is a scandalous abuse of these workers. Surely standing up for minimum legal standards of pay is a reasonable position to take?

All in all, councillors are in a no win situation if they pursue a cause they believe to be just. On the other hand, people like Cllr Walsh get away with setting up secret, unaccountable committees and behind the scenes encourage officers to complain about other councillors.

Is it any wonder we don’t get many people standing for election?

Update: Michael Russell sent me the this! 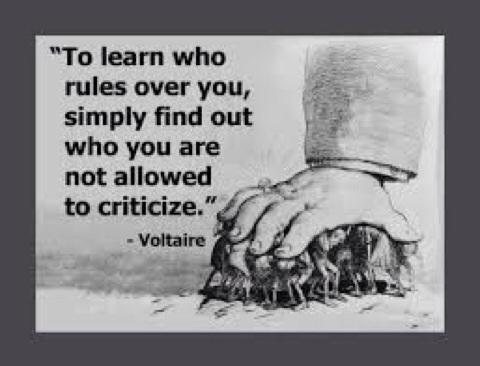